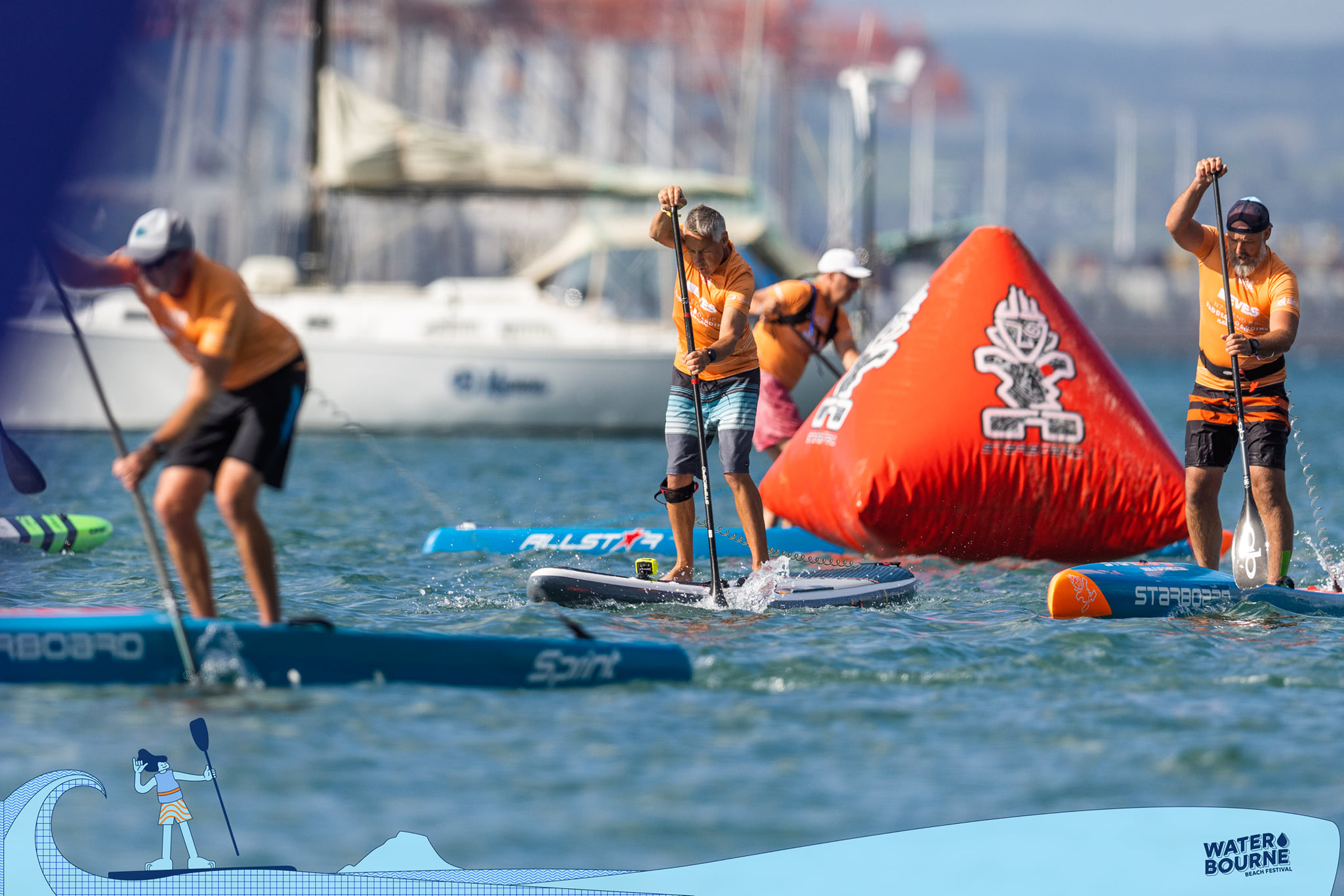 The Short Answer: Yes, but it’s a bit more nuanced than that.

I’ve just got back from competing in the 2022 New Zealand Stand Up Paddleboard Nationals – on an inflatable. The event site (the fabulously scenic Mount Maunganui, in the Bay of Plenty region of NZ) is a good 6 hour’s drive from where I live, and with gas prices now being what they are, the idea of taking my board rolled up in the back of the car rather than on the roof-rack was pretty appealing. But also – shock, horror – I just really like racing on an inflatable!

Probably something I shouldn’t be admitting to in public, right? I mean, we all know inflatables are inferior, low performance, not as good as hard boards, blah blah blah. But actually, the truth is that an inflatable can be a great option for SUP racing. I won my race (Mens 4k distance), and came 3rd in the inshore technical racing with the Red Paddle Co. Elite 14.

Admittedly, I was not racing against the very best paddlers; our elite were saving themselves for the 15km ocean race. But it was still against a decent fleet of competent paddlers and experienced club racers, all on modern 14’ raceboards – I was the only person there on an inflatable. On the startline there was plenty of banter and also a bit of bewilderment – had I mislaid my Allstar? I mean, why would anyone choose to race on an inflatable? But then, as I paddled past people on the race course, the banter dried up. There are few things more satisfying in SUP than overtaking someone who’s on a board that cost twice what yours did!

To be clear, I’m absolutely not suggesting that everyone goes out and tries slogging around race courses on 10’6 x 34”s from Amazon. That’s no kind of fun. But there are several very high quality and high performance 14’ inflatable raceboards available. I was using the Red Paddle Co Elite 14. It’s nominally 27” wide, but because of the natural rounding on any inflatable’s rail shape, it’s probably more like 25” in contact with the water.

If competitive iSUPs can win, why aren’t they more popular?

Width is actually one of the main reasons why inflatable raceboards have fallen out of fashion. Back in 2016, when everyone was on 26” wide raceboards, I took a team from our local SUP club to our nationals, and we were all on 26” wide inflatables (again, the Red Paddle Co Elite). None of the team had ever entered a big event before but I trained them hard, and they absolutely cleaned up in the 4km national championship race that year, winning pretty much all the medals in every age group and both sexes against a very well-stacked fleet with over 90 entrants. Inflatables ruled! But then over the next few years raceboards became significantly narrower, and inflatables just couldn’t follow that trend – there’s a kind of natural width limit of around 25” below which inflatables just aren’t comfortable, because of the necessity to still make them thick (top to bottom). Narrow but thick boards are just too corky; you can’t have a cockpit or dugout on an inflatable so it’s like standing on top of a log. However, the pendulum seems to have swung back the other way a bit, and 23-25” width seems to have become a pretty comfortable norm for most club racers nowadays. And high quality inflatable raceboards in the 25-27” width range can definitely compete against these.

You may need to tweak your paddling technique a bit. If you have a very compressive stroke where you’re really driving down hard through your feet, then you will make the board flex, which doesn’t pay. But if you adjust your stroke to a more forward-pulling, less ‘bouncy’ stroke, you can go pretty damn fast on an inflatable. It’s just a flat bottom, and flat is fast! Those thick rails give lots of positive stability in bumps as well.

Yes, inflatable raceboards do have limitations. They’re not so great for surf racing because punching out through the white water is just harder on an inflatable, full stop. And they’re probably not going to win in the sprints, where those little refinements in boardshape that a hard board can have, plus the smoother bottom surface, do allow for a greater out-and-out top boardspeed, which is what you need to win in sprints. But in the normal cut-and-thrust melee of a decent flat water distance race at non-elite level, where nobody is hitting top speed because there’s bumps, wakes, drafting, corners and all that other fun stuff going on, and of course you’ve got to pace yourself over the distance anyway, that top speed edge becomes irrelevant and the good inflatable can most definitely hang in there. Yes, perhaps I would go faster on a hard board. But I’ll happily sacrifice that tiny bit of top speed for the sheer fun (and convenience) of being out there on a blow-up.

Competitive iSUPs in the Future

A quality inflatable can be competitive – and there is an arena for them, too. There are world championship trophies and medals now up for grabs in the inflatable class, thanks to ICF (International Canoe Federation) embracing it as part of their annual World Championships. They had 165 entries in the inflatable class at the 2021 event. I’d love to see 1000 at the next event. Let’s all go! I don’t anticipate ever competing against the likes of Michael Booth or Connor Baxter in the Elite divisions, but it’d be super fun to be on a startline against a thousand other inflatables. Likewise, the ICF decision that the youth racing happen on inflatable boards, which has also prompted a lot more interest in the class.

Racing enthusiasm has dwindled in many parts of the world, and a lot of that is simply down to the ‘arms race’ of ever more expensive boards, that pressure to renew each year, etc. It puts people off. Inflatable raceboards are half the price, and much more future-proofed, because ultimately the designs simply cannot change that much. And they’re fun! I often hear paddlers in our club reminiscing about those days when we were all racing on inflatables, and how much fun it was. So if you’d like to get into (or back into) racing, then why not find a few like-minded friends and get yourself some inflatable boards. Think of it as like a one-design. Which is a great analogy anyway. A Laser dinghy is never going to beat an RS600, or a 49er. But do Laser sailors care? They’re getting fantastic racing! And the great thing about a bunch of you out there on inflatables is that it can be a ‘full contact’ sport – power into those corners at full speed, no worries about bumping or getting bumped. It’s a blast! (The NISCO/Naish One had the right idea but the board is simply too wide to be even remotely competitive against modern raceboards, and is much more of a slog to push through the water. Whereas a good modern 14’ inflatable is much closer in feel, glide and performance to hard raceboards. If you’ve got one you don’t need the other, or ‘the other’ can be a specialist downwinder or sprint board, perhaps.).

So let’s try and move on from this tired old ‘inflatable boards can’t do high performance’ trope. Ok, they’re not the highEST performance. But they CAN do high performance – more than enough for most racers. The more of us out there using them and showing that they can be fast and fun, the more affordable and accessible the sport becomes. And you can travel easily with your gear to any event anywhere. It’s win-win all round. Think about those gas prices too. See you on the startline! 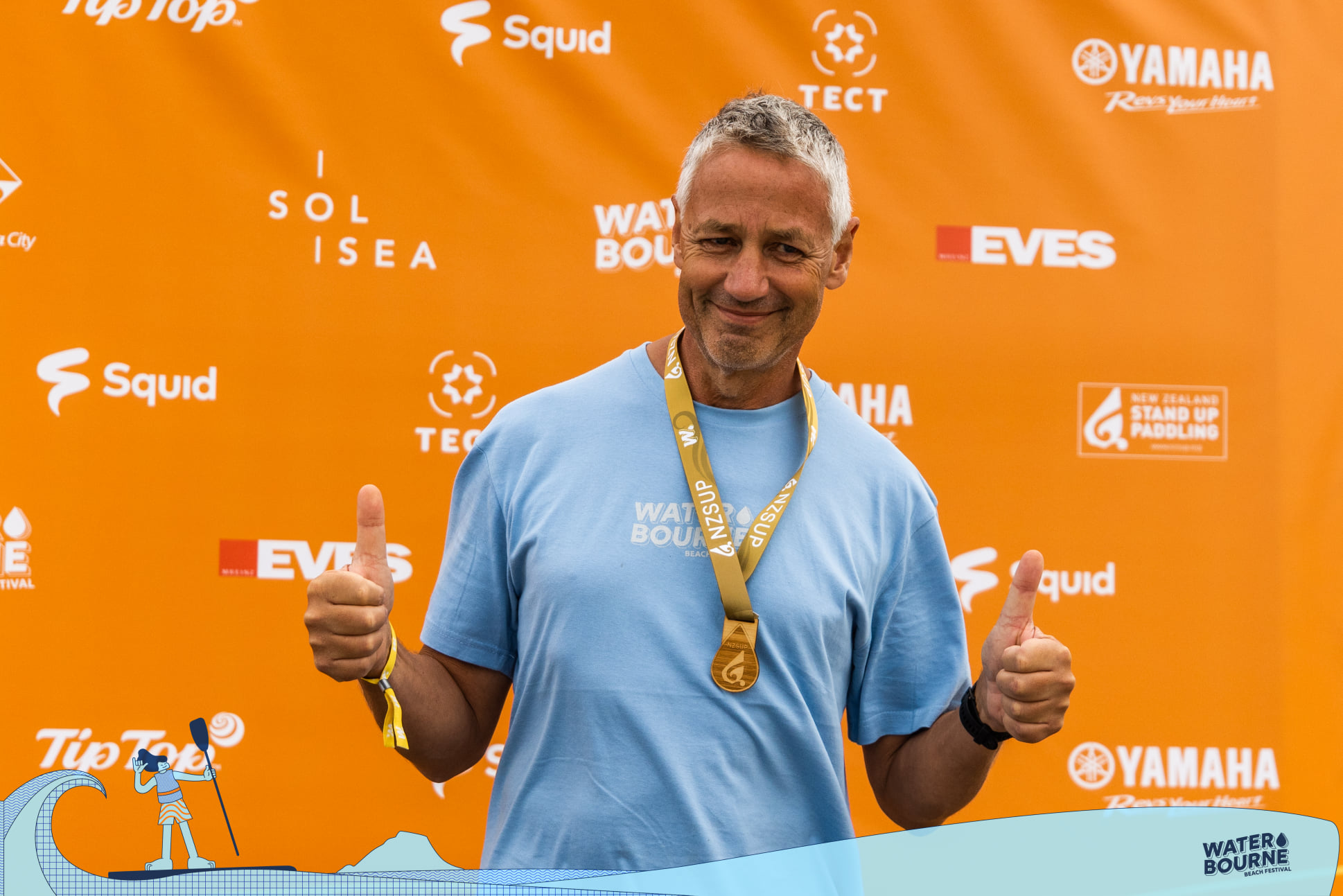 2 thoughts on “Inflatable SUPs on the Racecourse: Can They Compete?”